Originally from South Australia, Humphries, a 6’4” sharpshooting swingman joins the Giants after recently completing his four year college basketball career in the US, firstly with Northern Iowa Area CC (NJCAA Division II) and then with high profile Loyola Marymount University (NCAA Division I), and most recently a brief stint playing in the British Basketball League for the Plymouth Raiders.

He was named a two time All-American at Northern Iowa where over two seasons he averaged 21 points, 8 rebounds and 4 assists and hit 132 three pointers.

At Loyola Marymount he played 60 games, starting 23 of them, averaging 5.8 points and 3.7 rebounds whilst shooting 37% from behind the arc in just 22 minutes per game.

In a case of ‘What could have been?’, Humphries could have been suiting up for the Giants in 2016 as the club was in talks with him whilst he finished his college degree, but unfortunately circumstances meant he couldn’t make the move at that stage.

Thankfully that has changed now and he’ll be bringing his long range shooting talents to the Goldfields next year.

Along with the imports he will be a major scoring focus for the team, providing a constant scoring threat with the ability to score from the outside, or off the dribble as well as size and rebounding for his position.

He brings to the Giants the consistent outside shooting threat they were lacking in 2016 and pairing him with recent recruit Geordie Murray will help spread the floor for the Giants on offence.

Whilst still not done with their recruiting, with the signing of Humphries and recent Australian signing Atem Atem and Geordie Murray, along with returning players Daniel Goodluck, Ed Zunic, Jerome Reid, Mike Exell and with two imports still to add to the mix, they are forming a solid core group of players to push hard for a return to the playoffs in 2017.

Humphries will be joining the team in the new year once pre-season training gets underway, where he’ll be one of three players on the roster with South Australian basketball pedigree, including former Adelaide 36ers development player Atem Atem and an old North Adelaide Rockets junior team mate of his in Daniel Goodluck. 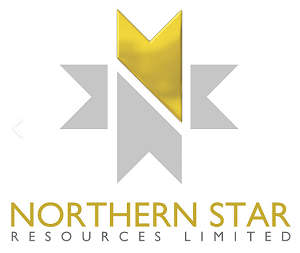